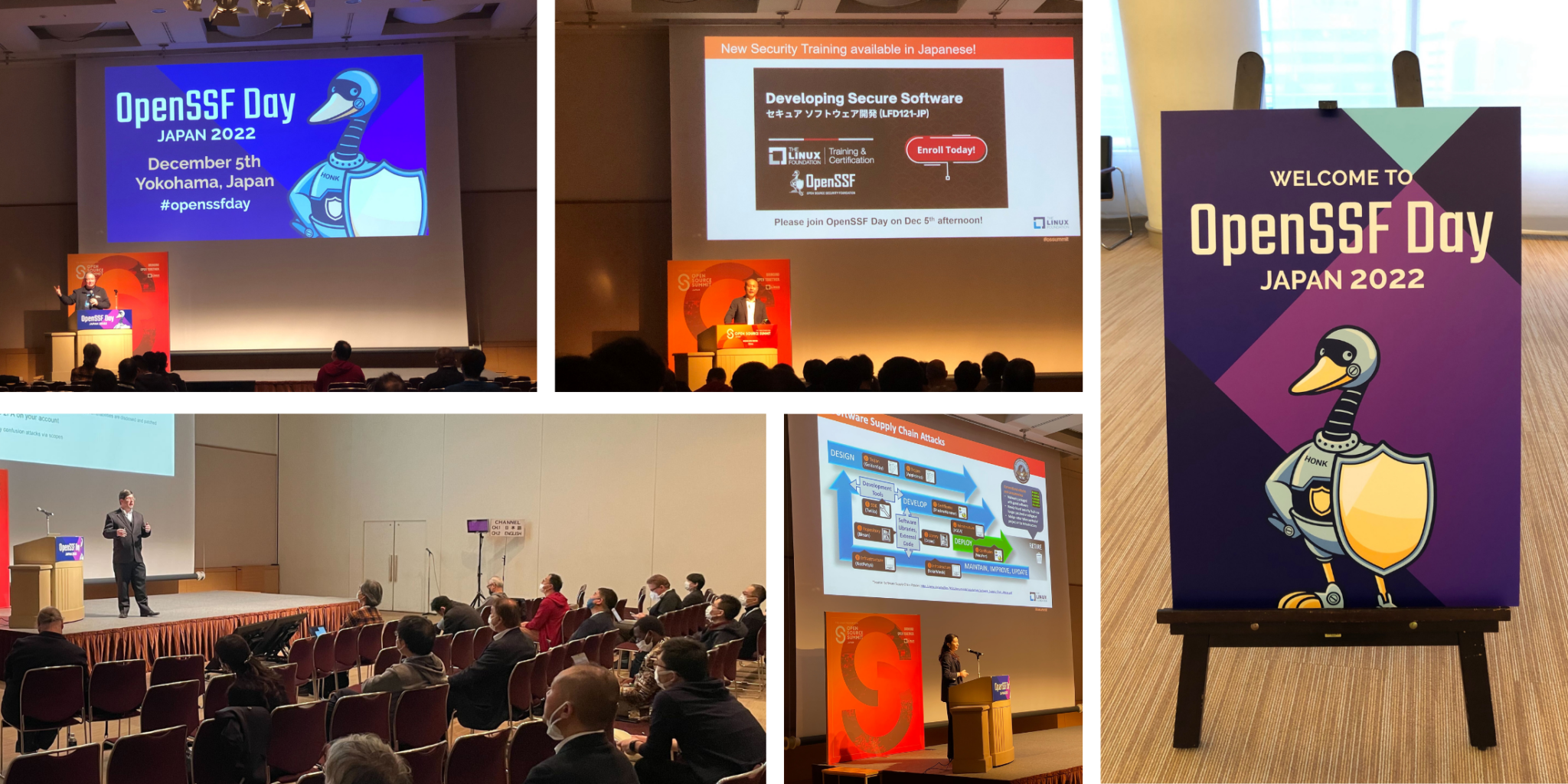 The event opened with a presentation by Brian Behlendorf, General Manager of OpenSSF. Behlendorf described the values, mission, and purpose of the OpenSSF. OpenSSF is committed to collaboration with both industry and open source communities to advance open source security for all. The OpenSSF envisions an open source ecosystem where participants can share high quality and secure software, easily learn and implement secure development practices, and disclose and remediate vulnerabilities in a timely fashion.

David A. Wheeler, Director of Open Source Supply Chain Security at the Linux Foundation, discussed general principles involving software security and open source software. These included secure coding practices, vulnerability management, and supply chain security for OSS. He particularly focused on the work of the OpenSSF’s Best Practices Working Group, both to show what they have been doing and as an example of what the OpenSSF has been doing. The working group aims to identify, educate, and help software developers adopt recommendations on best practices for developing and evaluating open source software.

Then, Muuhh Ikeda from Cybertrust Japan discussed recent efforts to address open source security in Japan, such as the Open Source Software Security Summit in Japan in August 2022 and the launch of a new OpenSSF Japan chapter. He detailed Cybertrust’s engagement with various initiatives along the ten streams outlined in the OSS Security Mobilization Plan.  Finally, Cybozu’s Takua Yoshikawa discussed the challenges with introducing concepts such as “SBOM Everywhere” or supply chain management to cloud service providers in Japan. He spoke further about how SBOMs could be better integrated into Japanese certification programs, such as ISMAP, in the future. The day ended with closing remarks from Behlendorf.

Kicking off Open Source Summit, Noriaki Fukuyasu, the Linux Foundation’s VP of Japan Operations announced that the free Developing Secure Software training course from OpenSSF is now available in Japanese, allowing many more developers to access high-quality training material on the fundamentals of developing secure software. Moreover, at the start of the summit, the OpenSSF welcomed over a dozen new members, bringing the total membership to over 100.