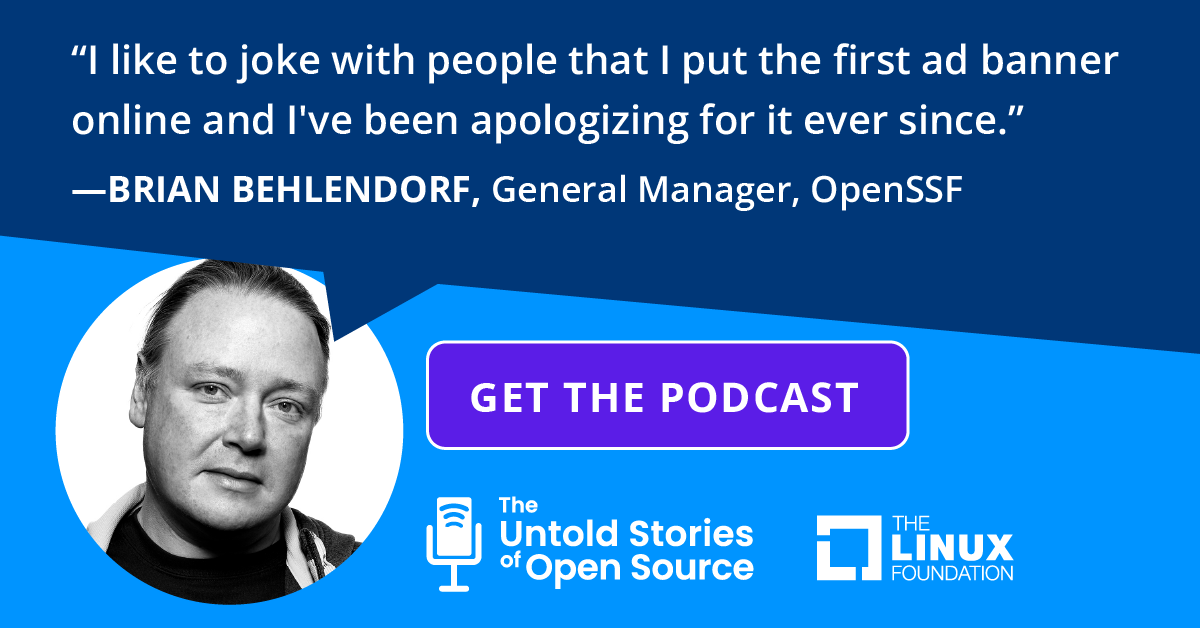 Open Source is embedded in every software application you touch today. It’s impossible to build a large scale application without it. The real question is, what’s the story behind that component, application, or framework you just downloaded? Not the specs. Not the functionality. The real story: “Who wrote the code? What is their backstory? What led them to the Open Source community?”

Today the Linux Foundation released a new podcast series, “The Untold Stories of Open Source” hosted by Mark Miller, VP of Community Engagement and Outreach, that answers those questions. Each week we’ll meet the people behind the code, discover their often unconventional journey to the world of open source, and learn the challenges they faced along the way.

Included among the first few episodes is a fascinating interview with OpenSSF GM, Brian Behlendorf. You won’t want to miss this one!

Brian Behlendorf came from a science and technology background. In fact, his parents met at IBM where his father was a Cobol programmer. During the 1980s, Brian was comfortable in front of a TRS 80 and a PC junior doing basic programming and term reports.

This was a time when you would only hear electronic music at certain events and not on the radio. Brian continued to go to school at UC Berkeley occasionally, but in January 1993, something else caught his attention. The first issue of Wired Magazine was published.

You’ll have to listen to the episode for the full story. The first four episodes available now include:

“The Untold Stories of Open Source” is available on Spotify, Apple, Google, or wherever you listen to your podcasts. We also have a GitHub page where you can put in a pull request to suggest a future episode and track the project’s progress. Give it a listen and let us know what you think.